The temptation of St Dunstan 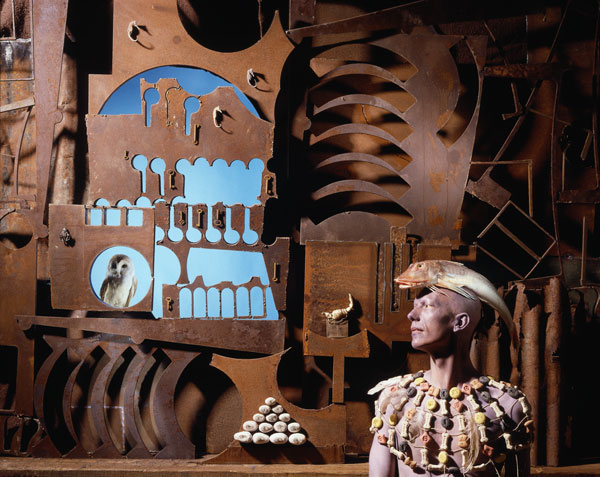 In order to survive and prosper in todays’ market place the 21st century crafts person  will often need to possess, in addition to  the mastery of their craft,  both business and ‘people’ skills;  for it is of little use being able to load  your metaphorical ship to the gunwales with wonderful, rare and expensive fish from far out at sea if you are unable to bring them to land and thence to market.

But let us say you have, after a long and arduous journey, finally made your landfall; you have navigated successfully the rocks and shoals of the harbour entrance, you have then dealt, good humouredly, with the importunities of the harbour authority, the inland revenue, the health and safety executive, the bank;   you have been steadfast and undismayed on finding your berth taken by your rivals, and you have barely flinched on finding yourself high and dry on a mudbank at the entrance to the small creek to which you have been diverted; you have unloaded your increasingly fragrant wares and somehow got them and yourself across the mudflats to shore and into market; exhausted and filthy, but triumphant, you’ve made it …….

Or have you;  is it perhaps now that the struggle really begins?  For here there are people everywhere, jostling and posturing; they all want the best; they all want to pay the least;  promises and persuasions trot off their tongues ; odious comparisons and half knowledges seem to inform their decisions; your head spins, and the words in your mouth start to turn to cotton wool; where to find some certainty amongst all this? How to know who to trust,  who to deal with,  who to believe ??

Well, I would like to suggest that there is an example that we might  follow, that there is a beacon shining down through the ages, casting a clear and resolute light into the furthest and darkest recesses of this customer relations minefield.  Saint Dunstan, it would appear,  had this aspect of business properly under control.

Dunstan was a tenth century holy man of noble origin who was also a devotee of the anvil. He installed himself in a small cell near Glastonbury where he would spend his time in prayer, meditation and ironwork. One night his neighbours were awoken by awful howling noises proceeding from his cell. Fearing that the holy man in their midst was in the process of coming to an unpleasant and untimely end they hastened to his rescue, but as they approached the building the howling and yammering that had awoken them began to recede into the night, and was gradually replaced by the rhythmic sounds of the forge bellows, soon punctuated again, as normal, by the ring of hammer upon anvil;  by the time they entered the cell they found the unperturbed Dunstan hard at work as if nothing had happened. The saint, when asked what the commotion had been about, reassured them that that there was no cause for concern – he had just received a visit from a beautiful young maiden (a potential customer, perhaps, or maybe a secret admirer…), but  he, of course, had not been fooled and had promptly clamped a set of red hot tongs to her nose. This was what had produced the terrible howling that had awoken them all; a howling which clearly proved his perspicacity as no one but the devil himself could possibly produce such an awful din.         The relieved worthies were able to return to their beds, confidently leaving this steely eyed paragon on guard against any further approaches from the forces of Mammon and Beelzebub.   It is not recorded whether any of them were obliged, upon returning to their hearths, to thence make a stealthy but urgent dash for the local A&E with an unfortunate from among their womenfolk……

Saint Dunstan, who was to become one of the patron saints of blacksmiths (no doubt in the face of stiff competition from the Worshipful Guild of Customer and Public Relations Operatives) here instructs us most eloquently in the zen-like art of ‘letting them have it’.          How simple it all becomes once you disregard the grubby details of self interest, pragmatism, common sense, etc.!  Poverty and chastity, old fashioned goals though they may seem today, need no longer elude us.

As another, more recent, Celtic folk hero might have said    ‘Rave on, St Dunstan, rave on…’