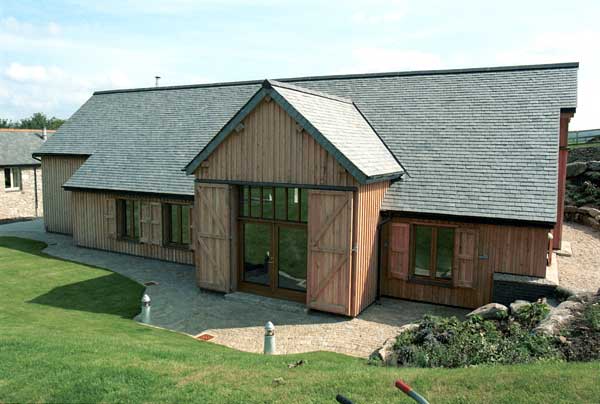 Swimming pool shutters. The latching and catching ironmongery, all operated from the outside, has to hold the shutters open and closed; in some instances the open shutters to one window abut the open shutter of the adjacent window, which produced the design of the circular catch in the last two images. Hot zinc spray finish. 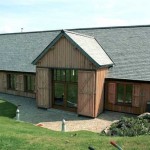 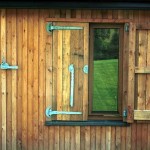 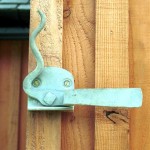 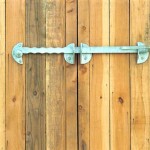 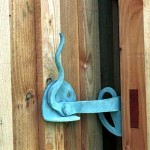 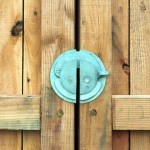 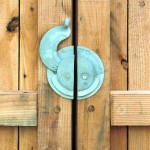 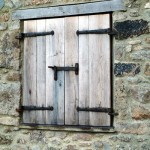 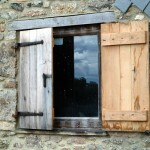 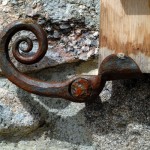 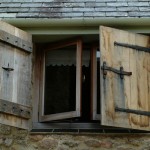 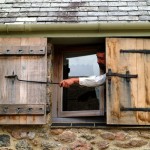 operating shutters from inside 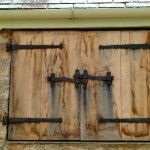 The new, largely glazed, front door to this old house posed problems of space for the ring latch set, the door stile being very restricted, and really more suited to some form of mortice latch and knob.  Also, to site the ring handle so close to the edge of an inward opening door made it necessary to arrange the internals of the latch in such a way that, while operable from both sides, the inside did not operate the outside handle….

The need to site the mounting plate of the tee hinges away from the top and bottom of the jamb (and also to cover up the scarring from the pintles of the previous door) led to the solution of the snakey straps. 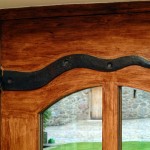 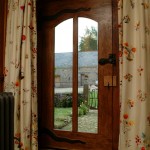 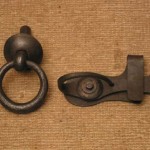