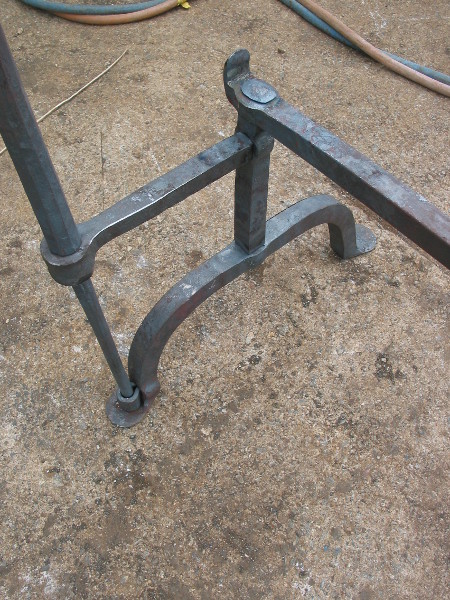 This commission involved the repair/re instatement of a seventeenth century Spanish iron bed and the making of a second one to slightly different dimensions. Much care was taken to get the details as right as possible, deducing them from the mainly complete original, that had been repaired and modified over the years . I am not currently in a position to show the bed in it’s entirety, but, so that the images below make some sense, the basic format is that the two bases, carrying the bed/mattress etc. itself, hold the long spear-like members upright at the four corners which in their turn hold rails for a curtain around the whole affair. 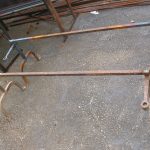 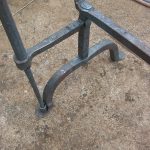 one quarter assembly of the new bed 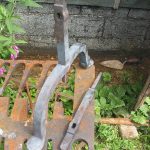 After forging operations the elements were blasted and allowed to rust for 9 months. 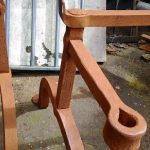 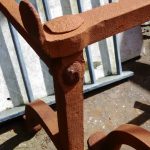 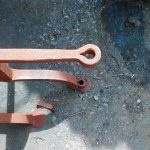 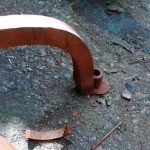 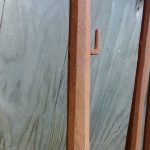 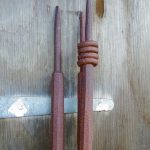