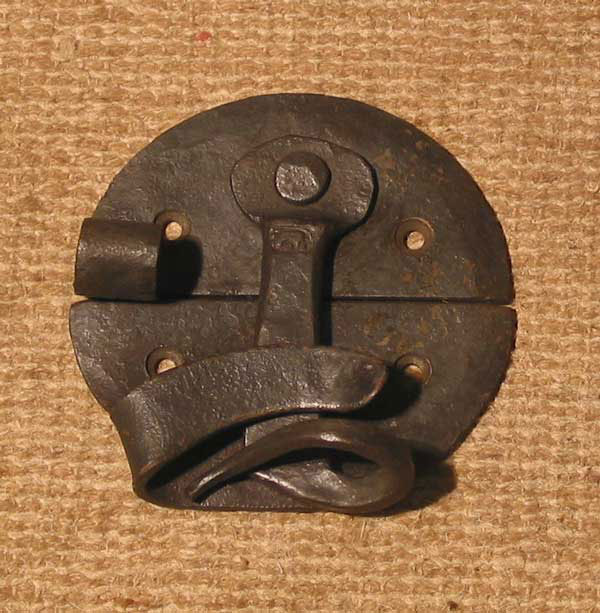 A few of the close up images on this site may have shown a curious rectangular flaw on some pieces of work. Over the years it has lost some definition but upon closer scrutiny it is still, recognizably, an elephant This is my trade  stamp, and  is to be found somewhere on all jobs designed and made by ourselves (provided  surfaces large enough to take it ).

I am far from alone in attempting to imbue my artefacts with something of this wonderful creatures grandeur. Elephant trademarks abound, and probably have done so from the earliest times, and for the most varied of reasons. For my part,  there is no particular underlying depth of elephant  experience to validate the choice of creature, beyond the simple fact that I do like elephants, and have done so for as long as I can remember – probably since, as a small boy, treasuring a very battered hand-me-down elephant teddy, I would listen to bedtime ‘Babar’ tales.  But I have never had much to do with them in the waking world ;  I have never worked with them or studied them or ridden them or been charged by them; my knowledge about them is largely second hand -Heathcote Williams and Elephant Bill nestle side by side in an accessible area of my bookshelves – and although I have spent a small amount of time in Africa, it has been, for the most part, a fairly elephant-less experience.

I do, however, as I said, like elephants very much.  There was even a brief moment when there was the faintest of faint possibilities that this might be a reciprocal feeling, for I was recently kissed by one;  the small, orphaned creature in question was, no doubt,  just looking for something to eat and, briefly, mistook my facial hair for something both more attractive and more edible, an illusion quickly dispelled by perfunctory inspection;  but there was a moment…..   In any case, whatever this soft and gentle inspection might have signified, the fact remains that I still like elephants very much, and am perfectly happy to keep our relations on that simple footing. 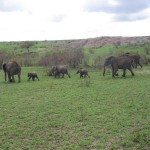 In fact, I doubt that I would ever have presumed to swell still further  the ranks of the elephants’ commercial devotees, were it not for the kindness of two gentleman of the road , who  spent the best part of one late 70’s  summer camped in the  garden of my rented shack at the foot of the Pyrenees.

Gentlest and most honourable of men, these two middle aged wanderers, the younger of whom was tattooed from head to foot with cannabis leaves, had somehow wandered into my world, and shortly thereafter into my garden, in which comfortable, if basic, environment they gradually began to show more and more inclination to renounce their wandering lifestyle.  ( I could see their point; where was the attraction of being on the road when, due to your unconventional appearance, you were never allowed to get off it?)

They were however  sensitive to the strain placed upon our equality by the fact that they were not in work, and they made every effort in their power to contribute in one way or another to the well being of the household.   One evening we were sharing some beers that they had come by, and had offered up in this generous  spirit of contribution;  the conversation came round to the Basques, whose hospitality  we were all three, as foreigners together, experiencing  – one of my companions was Parisian and the other from Alsace – and so when I mentioned the irritation I was experiencing at work due to the bragging and braying of the young Basque Hercules who shared my labouring duties  it struck a chord and we were soon deeply embroiled in plots to right the slights that he had almost certainly voiced.

Apart from  the choucroute and pasta eating competitions, in both of which disciplines this young colleague was apparently a regional hero, not to mention being an under some-age-or-other pelote  champion, he was, and he had the frame and the fitness to back this up, a keen boulder-up-mountain carrier, (a popular basque sport, apparently) and would frequently pick up the largest and heaviest objects that he could find on the site and tear around challenging all and sundry to better him; I had always held back from rising to this bait, primarily on the sensible grounds that to even attempt some of the lifts in question would have put me in a wheelchair. It was, however, clear that this would be an effective area in which to launch a guerilla offensive;  it was equally clear, having seen him in action, that this counter attack would fail miserably if launched on his terms,  that is by the competitive brandishing of improbably large and heavy objects.

As the evening wore on, and the empties piled up, a plan was finally agreed upon; needle and ink were located, a sketch was made and my friends went to work….. the trunk was a bit painful, being two lines close together, but some brandy was located (anaesthetic, not disinfectant) and the artists continued their work unhindered; in fact their share of the anaesthetic merely spurred them to fresh heights and the simple outline now had to be fully coloured in with some artists oil paint which had been hiding in the same drawer as the brandy. As we toiled we fantasized happily about the moment and the terms of the challenge, we debated hotly as to the merits of actually placing money on my bet with him that I could lift the greater weight, (we even had to weather a moment of doubt when we thought maybe I could still lose), we prepared the punch lines and flourishes which would surely bring our foe stumbling to his knees before the righteous mirth of the assembled masses, and, finally, sorely, drunkenly we all lurched to our beds as the birds began to welcome the new day.

A week or so later, I watched, resignedly, as the irrepressible young champ, of whom no one had seen hide nor hair since the eve of my tattooing, shinned up a ladder with three 50 kg bags of cement balanced on one shoulder.   With my very swollen and still completely unusable left arm hanging by my side, I could have reflected upon a number of things; most of these reflections would have tended toward the rueful (or even rancorous), but the one that was probably the furthest from my mind was that the painfully infected image on my arm, which had failed miserably and painfully in its intended purpose, would eventually come to serve me  well as a trade mark – in a trade in which, at that time, I had not even become aware of having the slightest interest.